What Things Girls Hate About Guys

In a relationship or in friendship every guy have female friend .Here i will let you know that what things guys should not do with a girl .

Saying I Love You

This is the most important thing which girls don’t like , These day people are saying “I love you” to a girl like they are saying Hello to person on first conversation . WTF is this , Guys need to learn first that how to say Hi. Respect a girl , don’t be flirty .

Girls don’t like lier guys. whatever you are and whatever you do , be honest . Don’t lie to a girls because now or later she will know what is truth and it will make your relationship worst.

Girl dislike a guys when they don’t do something which they promised .

Girls hate it when you do not answer her phone, return a text . If there are something happen than just let her clear , if you are ignoring her than its not good for both of you

Most of people live with their friend in messy way . Girls dislike being around guys who do not take care of themselves. Shower daily and wash your hair

girls don’t like a insecure guy . Girls hate it when guys call constantly, ask dozens of nosy questions and give ultimatums. Girls prefer a guy who show quiet confidence on her
Don’t just say “ok” when your girl says she’s fine.

No Respect from your friend

If your friends or other people something disrespectful to your girl, you better stand up for her and support her .make sure that you and your friend always respect a girl

If a boy want to break with the girl and he doesn’t say any about it. boy will become suddenly cold and force girl to say it first . This is girls don’t like . whatever is happening just make it clear 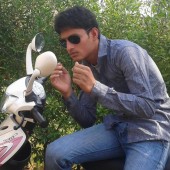 How to Impress a Girl

7 Reasons Why Men Are More Lucky Than Women

10 Must-Follow Rules for Men Who Want to Dress Well